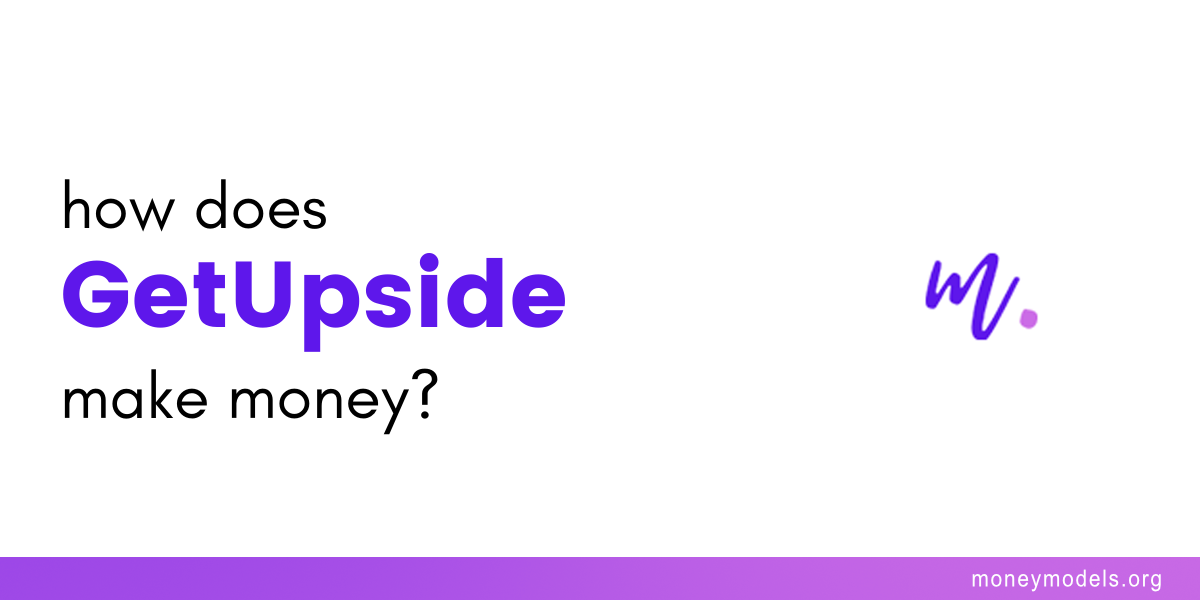 It is an app that provides cashback and can be downloaded and used by anyone to save money at the petrol pump.

The upside is a company founded in the United States that collaborates with some of the country's most well-known supermarkets, gas stations, and restaurant brands to simplify the process of earning cashback on purchases.

The app's value proposition to businesses is that it provides targeted advertising that boosts sales and can be linked to particular acquisitions.

If you see a deal on the GetUpside app that you are interested in purchasing, you must first click the "claim offer" button before making your purchase.

After that, you have four hours to make your purchase using a credit or debit card.

GetUpside raised its Series A round two months before the company's official launch in January 2016, which is in contrast to the majority of businesses, whose founders are required to entice investors not just with a lofty idea but also with considerable first traction.

One of the primary reasons why the company's founders could accomplish such a fantastic feat is because they were all seasoned professionals in the technology field.

Following Oracle's acquisition of Opower for a price of $532 million in 2016, six parties involved decided to begin collaborating on GetUpside.

GetUpside was initially released in 2016, and at the time, the platform was limited to simply facilitating cash back at gas stations.

In August 2017, GetUpside began accepting cashback offers from restaurants, and in June 2018, the site started getting requests from grocery retailers. During these last two years, GetUpside has welcomed well-known businesses onto its platform, including BP, Kmart, and others.

GetUpside was able to raise funding for its series B round in October 2018, thanks, in part, to the company's rapid expansion over its first two years of business.

In March 2020, GetUpside announced strategically significant arrangements with some of its competitors, including Gasbuddy and Checkout51. GetUpside had completed the $35 million Series C round of investment by September 2020.

In November 2021, GetUpside announced a relationship with Uber. As part of this partnership, the Uber app is entitled to use GetUpside's application programming interface (API) to display cashback offers that were available at gas stations partnered with GetUpside.

By following these guidelines to get cashback on Uber, drivers can cut their gas costs and save money. GetUpside has formed similar relationships with other firms that provide delivery services, including Instacart and Doordash, and Uber. 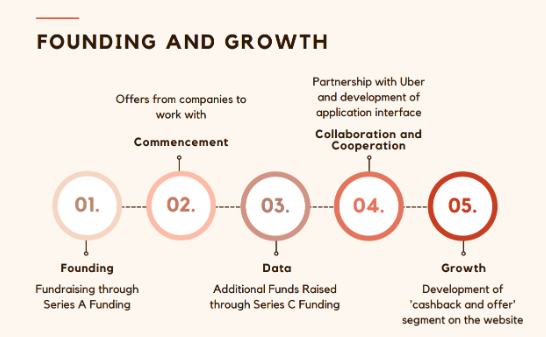 GetUpside has a very successful model. The next natural step would be to broaden its presence across the United States and consider extending its operations within the country through organic or inorganic means, such as mergers and acquisitions.

This represents a significant increase from the incremental profits of $200 million that GetUpside has generated up until this point. GetUpside, in addition to assisting merchants, has committed one percent of its sales to the advancement of climate sustainability efforts. 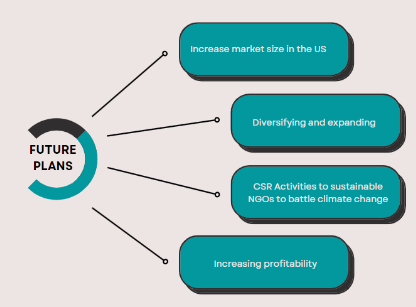 In 2016, Alex Kinnier (now serving as the company's CEO) and Wayne Lin established GetUpside in Washington, District of Columbia. Lin and Kinnier originally became acquainted with one another during their time spent at Google in the middle of the 2000s working on the ad serving software.

After some time, Kinnier became a partner at Khosla Ventures and New Enterprise Associates (NEA). After running his own business for five years, he decided to take a position with Opower as the Senior Vice President of Products and Engineering.

Kinnier got back in touch with Lin, who had joined Opower a few years earlier. Opower is a platform that allows utility companies to interact with their customers using the software as a service. Kinnier and Lin rekindled their friendship.

After the acquisition, each of them created the first of their respective entrepreneurial ventures. 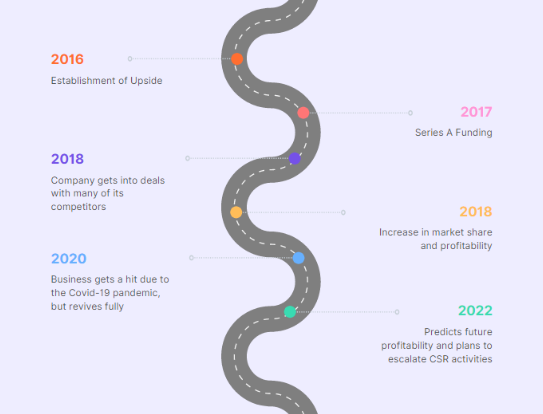 How does Getupside make money?

GetUpside generates revenue from affiliate commissions, sometimes referred to as referral fees, which are payments made by the companies with which it collaborates.

GetUpside receives compensation from these partners if one of their customers purchases a product that is qualified to earn cashback incentives.

GetUpside, like its competitors Ibotta and Fetch Rewards, uses machine learning technology to present its users with customised offers. Its algorithms are fed a range of anonymised data points, such as a user's spending history (obtained via debit and credit card transactions) or the user's location data.

Save at Gas Stations

Across the United States, many gas stations, restaurants, and retail stores accept the Upside payment method. Every day, Upside will add additional places, so make sure to check back here frequently.

Available in tens of thousands of restaurants, convenience stores, and petrol stations across the United States. GetUpside provides a straightforward method for recouping some of the costs associated with most of our day-to-day transactions.

Additionally, if you introduce a friend to the programme, you will receive cashback on your buddy's future gas purchases. You can quickly and easily withdraw your money whenever you want, using either PayPal, your bank account, or an electronic gift card. 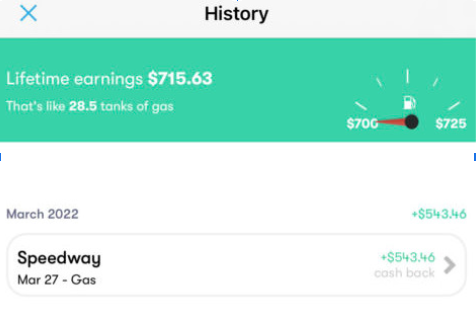 You are required to claim your offer before making your purchase, and you have a window of no more than four hours after claiming your request to finish your transaction.

Make it a point to get a receipt whenever you purchase so that you may take a picture of it and include it in your entry. When you make your payment, you should use either your credit card or debit card. Cash payments are not eligible for a cash refund because cash is used to make the payment.

Through the use of Upside, you have the opportunity to accumulate cashback on purchases you make. It is against the terms of service for our service for you to post receipts from other people, so please refrain from doing so. 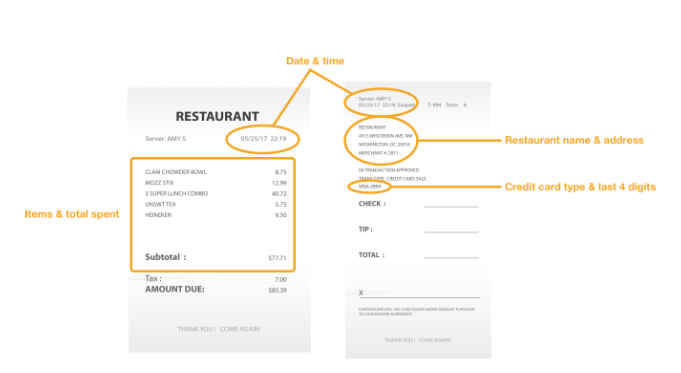 Make sure that you have your deal claimed before you make your purchase. Cashback on offers redeemed after a transaction has been earned will not be available.

Be sure you receive a receipt, and submit a picture of the trade when prompted within the app. It is imperative that you pay with a credit or debit card. Receiving cashback for payments made in cash or using gift cards is impossible.

There is no cashback available for gift cards, phone cards, or other prepaid cards. Each user can redeem a weekly limit of two grocery offers.

Please remember the minimum and maximum expenditure requirements to receive your cashback when you are claiming your offer. 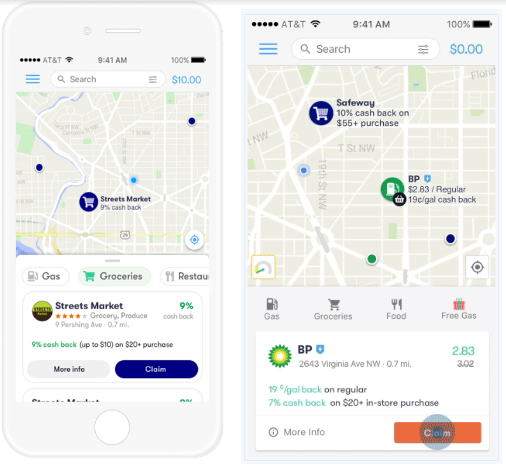 The firm collaborates with over 50,000 other companies and serves 30 million customers at present. In addition, it has announced that it has successfully raised $65 million in equity financing and $100 million in debt financing from General Catalyst, with participation from existing investors such as Bessemer Ventures and Builders VC.

Both were raised from General Catalyst. With the completion of this most recent round, Upside is now valued at $1.5 billion. Currently, it is anticipated that it will earn $41.2 million each year in income.

GetUpside claims that you have the potential to make up to 25 cents for every gallon of gas that you put into your vehicle. On the other hand, this does not imply that all petrol stations provide cashback of 25 cents for each gallon purchased.

GetUpside generates revenue from affiliate commissions, sometimes referred to as referral fees, which are payments made by the companies with which it collaborates. GetUpside receives compensation from these partners if one of their customers purchases a product that is qualified to earn cashback incentives.

When you use GetUpside regularly, you can increase the amount of cashback you earn each year by an average of $148.04. Your profits are determined by how frequently you use the app and the purposes for which you utilise it.

A cashback offer of 25 cents would get you $3.75 per week if you filled your tank once a week, and it was 15 gallons. That comes to approximately $15 per month or $195 per year. If your job requires you to fill up twice a week, or if you travel frequently, you may earn back roughly $400 a year by doing so.