It is a matter of prestige to be a part of Victoria's Secret Fashion Show. However, not every model gets the opportunity to walk over the runway.

That's the harsh reality. Many women dream of sleeping on a pair of angel wings, but then there are only a few whose dreams come true.

So, if you are a model and walking in Victoria's Secret Fashion show, then it is no less than becoming a superstar!

You will get a chance to wear some of the best brands, can get the opportunity to work with their lingerie brand for the whole year, will be traveling in the world, and some other attractive contracts.

Who wouldn't want to be there? No matter how much you envy these models but they are incomparable, and their fashion shows are among the best shows in the world. If you are new to this industry and are working hard to achieve a milestone, then you do not want to miss out on the chance to learn more about it.

Behind their sizzling hot body and the next-door-neighbor smile, there is a lot that these models endure. It feels incredible to see these strong-headed women walk the ramp with full confidence.

If you want to receive the angel status, then go through this complete guide, and we hope that this guide will give you a clear picture of how to go for it. Along with the guide, we will also tell you about the top 14 sexiest Victoria's Secret models that are on the top and ruling the scene.

Let's first talk about what all goes down. Then, we will talk about the real thing.

Adriana Lima is 37 years old Brazilian lady. She is the longest-running Victoria's Secret model of all time.

Adriana is arguably one of the most famous faces of Victoria's Secret, and she has also worn the Fantasy Bra three times in total! 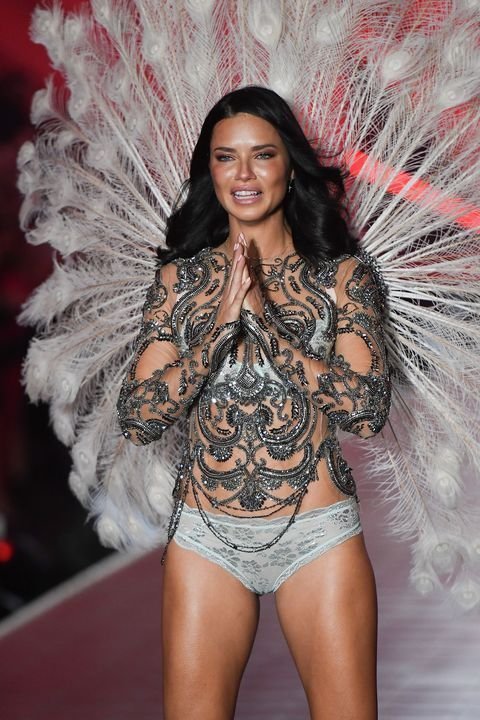 Elsa Hosk is 29 years old and is from Sweden. In 2011, Elsa walked the ramp for Victoria's Secret for the first time, and she received her wings a bit later, in 2015.

Elsa is famous for her winks and gorgeous smile. 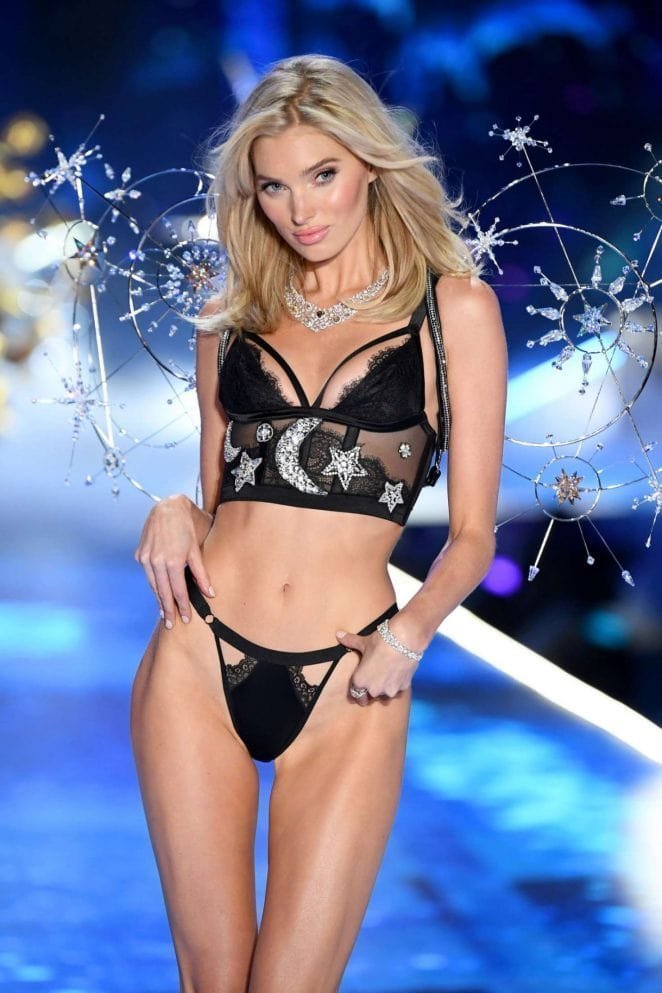 The beautiful and gorgeous Romee Strijd is 23 years old, and she is a Dutch beauty.

She started her career with Victoria's Secret in 2014 and earned her wings just a year after. Alessandra Ambrósio is a 37 year old diva and is from Brazil. She is a mother, model, and an actress.

The model walked the ramp in 2000 and earned her wings in 2004. Alessandra Ambrósio has the prettiest smile!

Jasmine Tookes is a 27 years old American model, and she walked for Victoria's Secret in the year 2012. She got her wings in 2015.

Jasmine Tookes wore the Fantasy Bra in 2016, which was worth a whopping $3 million! Sara Sampaio has got a beautiful face and sexy legs.

The 27 years old Portuguese goddess walked for the brand in the year 2013 and receiver her wings in 2015. 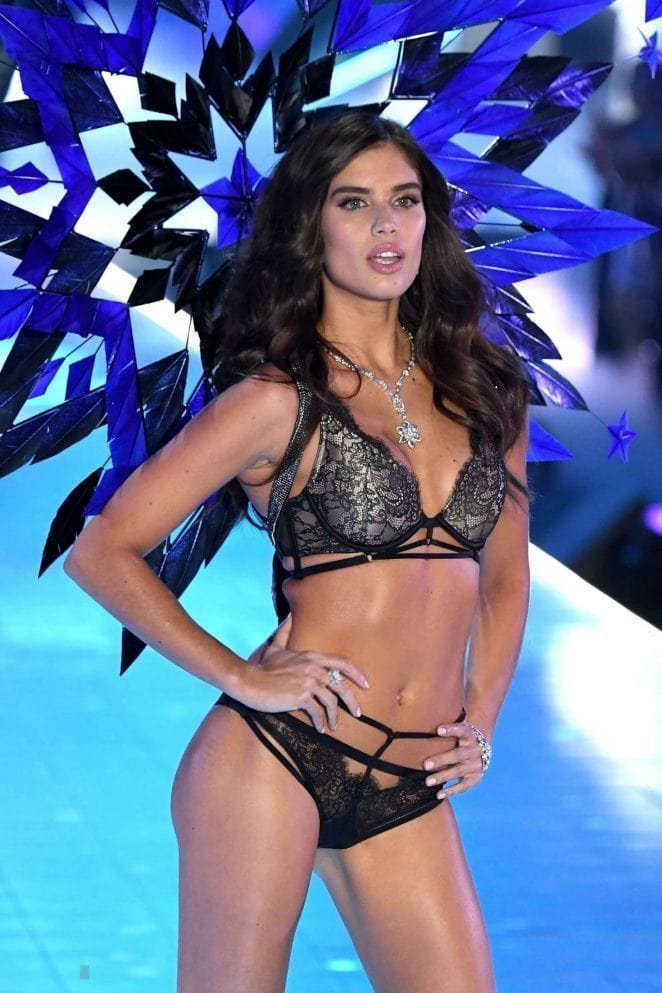 Behati Prinsloo is a 30 years old model, and she is from Namibia. Her wide smile on the catwalk shows has won a million hearts.

The confident beauty walked the ramp for Victoria's Secret in 2008 and became one of the Angels in 2009.

Josephine Skriver is known for her skinny body and long legs.

The Danish model is 25 years old, and she owns it each time she walks the ramp. 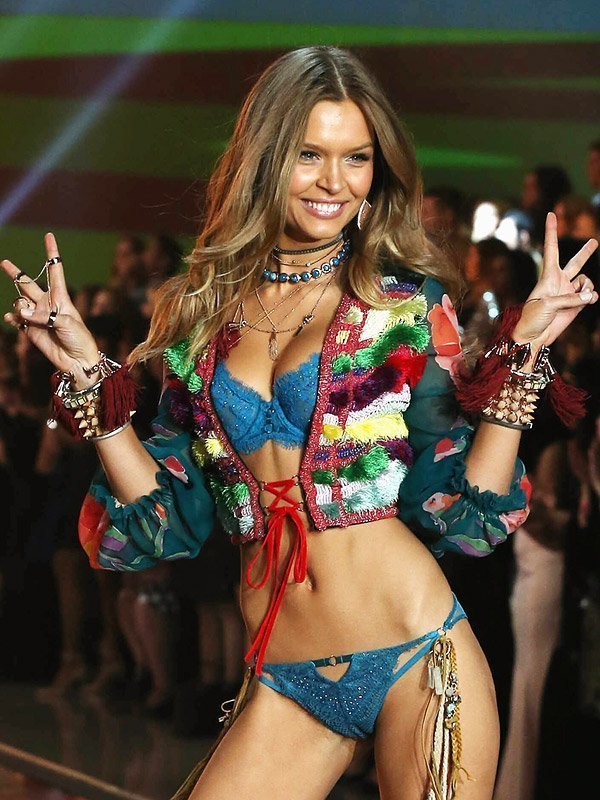 Stella Maxwell usually pouts towards the end of her walk, and this is what makes her extra special.

The 28 years old Belgian and New Zealand diva walked the ramp for Victoria's Secret in 2014. She got her wings in 2015, just a year later. The South African model Candice Swanepoel, is a bombshell, and she first walked in 2007. She got her Angel tag in 2010. Lais Ribeiro is 27-years old, and her wink can melt anyone's heart. She is from Brazil and walked for the brand in 2010. Taylor Hill started her modelling career when she was only 14 years old. Now, she is 22 years old, and she is American born.

She walked for Victoria's Secret in 2014 and got her Angel status next year in 2015. Lily Aldridge is a Californian born bombshell with a charismatic personality and is 32 years old.

She started walking for the brand in 2009 and received Angel's title in 2010. Martha Hunt is sexy, and she is a true diva. The American model walked for Victoria's Secret in 2013 and got her wings in 2015.

How much do Victoria's Secret models earn?

We all look at Victoria's Secret models as the epitome of pure elegance. These divas leave no stone unturned to perform their best on the ramp. And Victoria's Secret Fashion Shows are always one of the major events attended by some of the wealthiest people in the entire world.

Some of Victoria's Secret models, for example, Kendell Jenner, Bella, and Gigi Hadid are well-known faces, and they have appeared in many music covers and fashion campaigns, others are not that popular. They use Victoria's Secret's Fashion Shows as their best opportunity to shine.

However, one question that comes in our minds is, how much do they earn?

What you may not know is that there is a hierarchy in the modelling industry and even on Victoria's Secret stage too. There are some models, for instance, Adriana Lima, who is said to be the second-highest-paid models, and her net worth is around $10.5 million!

However, her Victoria's Secret modelling career alone didn't make her this rich, she took this platform as her launching phase, and she worked in many other areas to earn money. Lima won an endorsement deal from none other than Maybelline.

Then the next model that we have is Alessandra Ambrosio, whose net worth is $5 million. Jasmine Tookes’s net worth is $4 million, and she was offered deals from Calvin Klein and Lancome. The truth is that Victoria's Secret Fashion Show alone will not make you rich.

Appearing in Victoria's Secret Fashion Show is undoubtedly is a good deal, but you should try to get an offer from some of the top brands. Some of these models are earning $1000 only for their hard work and efforts.

However, the seasoned models do negotiate, and they make around $100,000 to $1,000,000. It is an excellent deal to launch yourself in Victoria's Secret Fashion Show, but if you want to earn huge amount, then you will have to do a lot of hard work.

What is Victoria's Secret models' diet?

An occasional cheat day is always allowed, but following a strict diet, the rule is every model's utmost priority. Take a look at Victoria's Secret models' diet:

What are the height and weight requirements?

The moment you look at Victoria's Secret model, you think about their perfectly toned body. Everything about these models is excellent.

If your height is between 5 feet 8 inches to 6 feet and 9 inches, you are lucky. In terms of weight, Victoria's Secret has a specific measurement to fit into their lingerie and designer clothing. It would be best if you had an hourglass figure, and you must weigh 60 kgs, which is 132 pounds.

The desired model needs to have 34-24-34 as the perfect body measurements. However, VS is known to make some exceptions in some of the cases, but that's the usual standard. Along with all these, a model must have a smooth skin, neat and glossy hair, and her body has to be toned.

When someone becomes an Angel of Victoria's Secret, the models have exclusive contracts with the brand. That means that the model has certain obligations towards the brand than the other runway models.

The models you see in Victoria's Secret campaigns, in major runway shows, or even in talk shows are the ones who have earned the Angel title. Although these obligations are discrete, every model wishes to be there.

They are the world's highest-paid models as stated. The pay includes their endorsement events and different contracts. The top Angles leading the pack currently are Adriana Lima and Gisele Bundchen. The more senior you become, the better the paychecks you get to earn.

You can't become an Angel overnight, though. It takes years of hard work, but once you become one, you will be their family, and you can also get the opportunity to work with some of the most amazing brands from all over the world. It depends on VS, who they want to make their angels.

The best that you can do is work hard for the title.

We all know that Victoria's Secret Fashion Shows are the best on the globe. Remember, having a good figure will not make you a successful VS model. You will have to prove yourself and get in touch with the leading agencies who can build up your portfolio.

Also, give your best shot during the screening and shortlisting phase.