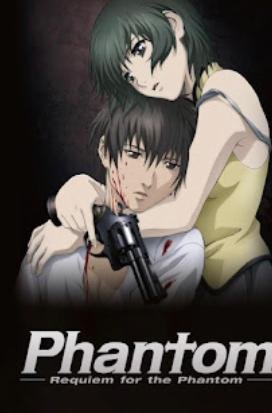 Looking for the best uncensored animes?

Lately, censorship has been a big issue and it has found its way into the news line as well.

The news we consume itself is not reliable for most of it is edited, out of context, and tampered with. Much of it is even censored and blurred out so that the truth becomes unattainable.

When something as safe and significant is played with just imagine how the content we consume must be dealt with.

We get to hear daily how the films and shows get themselves big cuts and changes which end up changing the creator's vision.

One such issue also exists in the world of anime which has only further hurt its reputation. 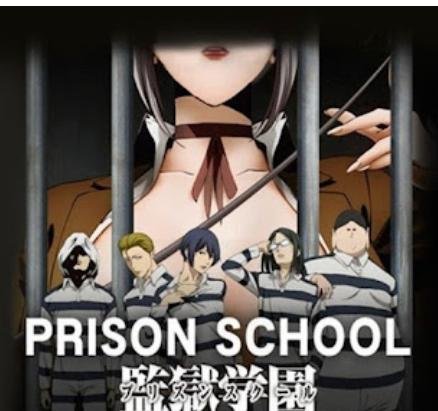 12 episode/3 months-long this anime series belongs to the sex comedy genre and thus being uncensored was the best thing that could happen to it.

The story revolves around a strict girls' school in Tokyo where it is forbidden to date boys.

The school decides that it will allow boys into the school as well, however, they too won't be able to date girls.

The series also got an Original Video animation episode as a special. The life of students in this prison of a school takes the viewers on a roller coaster ride where they get to see how sacrifice, deceit, love, and friendship all play out.

Though the series is only 12 episodes long it is still one of the most liked animes out there and has a strong IMDB rating which backs the popularity of this wonderful sex comedy series. 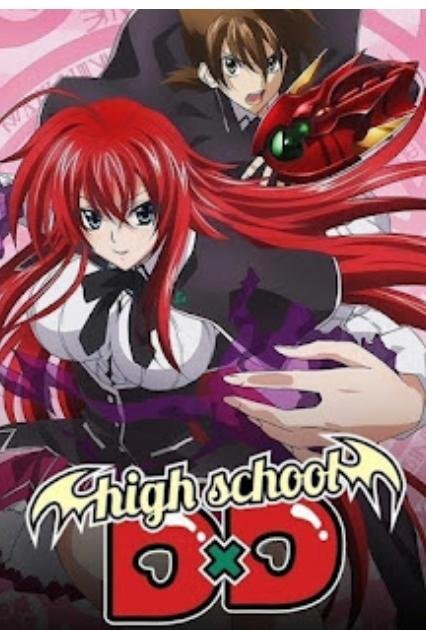 If you have been going through the anime section on Netflix then you might have come across this comedy and supernatural genre series.

Falling just short of a half-century the series goes on for 4 seasons which are 49 episodes long. The show is about demons, angels, fallen angels, and other such stuff.

Seasons 1 and 3 of the series get 6 Original video animations episodes each while 2 and 4 miss out.

The show has been streamed a lot of times on Netflix by the fans of anime and they all have positive reviews to dish out and that is why the series also has a good rating on Rotten Tomatoes and IMDB.

The show began its run in 2012 and ended in 2018 and even in 2022, the show is bringing in new viewers which goes on to show why you too need to watch this show. 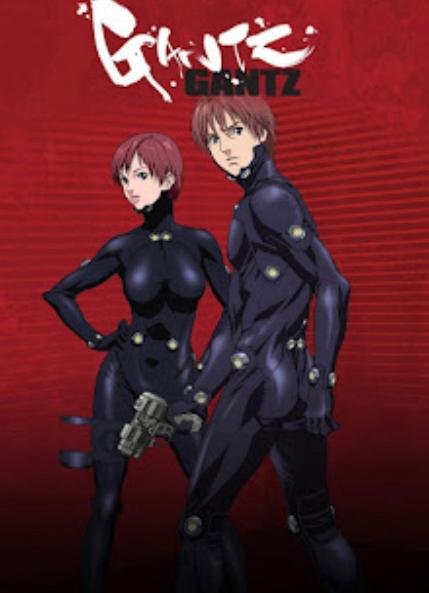 We have another hit anime that has been under your noses all this time on Netflix in the anime section and it is 'Gantz'.

The redness in the poster is somewhat a clue to all the blood-shedding that is there in the show.

In just 8 months the series churned out 26 episodes divided into two seasons and a lot of films have followed later.

The series gained a lot of attention for all the more killing and nudity that is there in the episodes.

If there is someone who knew how to make use of being uncensored then it was the creators of this show who went all out with their creativity and imagination to make it the hit show that is even today relevant and enjoyed by all.

If you haven't watched the show then you should stop reading the article right now watch the show and then resume with the article.

A 12-episodic series about Gangsters does not sound that bad when you think of it.

Finding a house on Netflix this series first came out on 1st July 2015. The premise of the show is set in a city called 'Ergastulum' which has no government or law but runs at the mercy of mercenaries and mafias.

When it's mafia and mercenaries and the name itself says 'Gangsta' you get an idea of what the show is going to be about and just how much fight and bloodshed will take place.

The premise of the show was a hit with the audiences and that is what got it pretty good ratings on various reviews sites.

This uncensored anime series can be your next quick stream option the next time you are on Netflix searching for something worthwhile.

5. Blade of the Immortal

It's been 14 years since this wonderful series first aired. The series belongs to the Historical and Dark Fantasy genre and ran for 13 episodes with 24 Original video animation episodes to go with it.

Hiroaki Samura who was the author of Blade of the Immortal also voiced a character on the show.

The premise is about a samurai who has to go on a killing spree in order to free himself from a curse.

The series is available to stream on Amazon Prime and deserves your attention for the wonderful story that it puts together.

The show managed to perform above average during its release and is still some people's go-to show.

The series has also been made into a movie recently and has a lot of versions that followed the same storyline in different formats, this goes on to show how successful the franchise, or rather the written material was and continues to be.

6. Phantom: Requiem for the Phantom

Good things come in fewer quantities for some reason and that exactly is the case with this very interesting series as well as it only went on to run for 26 episodes.

3 more original video animations were also made available but somehow that still leaves it with very few episodes.

This crime genre show went on only for 8 months but that was all it needed to get numerous positive reviews and to become a part of almost everyone's watchlist.

Be it IMDB score, Google score, or other anime rating platforms the show has good scores all around to show and that is one strong argument as to why this show should be on this list and also be watched by you.

The story is about two assassins who wish to see the light someday behind all the darkness and hate in the world and their journey is a journey that you will surely love to be a part of. 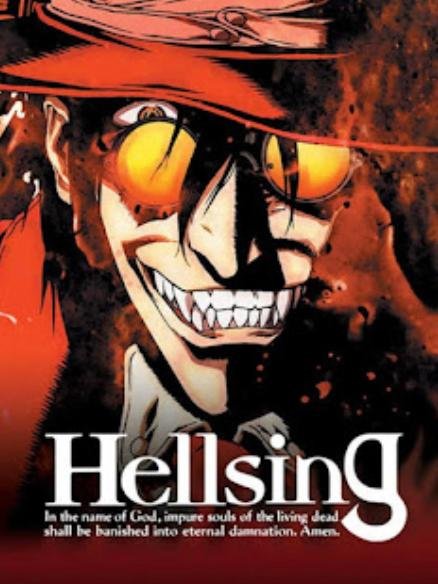 Vampire alert! That's it, that is the only reason you should need to watch this show every other thing is just an additional reason. Look at the poster and have this very interesting character, a vampire grinning and hinting at what you should expect when you go on the 13-episode mini journey.

To add to the fun, 10 original video animation episodes are bringing you more vampire content.

Action, Blood, Horror, and Dark content all of it is present in this series. Within just 3 months the show managed to create a loyal fan base that still is very crazy about the series.

The series is available on Netflix and gets a real hard thumbs up from us.

Following two vampires on their journey as they go along this series should be everything that a vampire film promises to be and just by looking at the names of the episodes you will know what a great journey you are going to be a part of. 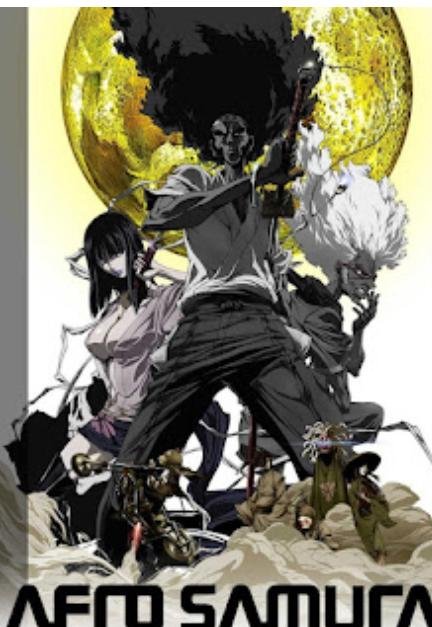 Before we say the show has Love, Betrayal, and all of those dramatic things we need to make it clear that the series has a low rating of only 100 percent on Rotten Tomatoes and the IMDB score is also just 7.6 so the show might just happen to be a huge hit nothing else. Apart from that, you get Samuel L. Jackson and an audience approval of more than 90 percent so there you have it.

For me, the poster of the show is more than enough to create some kind of intrigue in the mind. The show has just one season so it should be a quick watch on Netflix.

With 5 episodes the post-apocalyptic, action series leaves the fans wanting more but whatever there is of this series the fans just can't get enough of it. 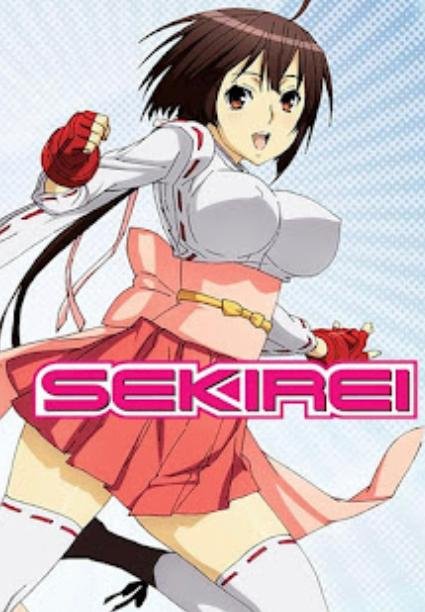 Romance and Comedy aplenty this series is a lot about beauty as you get to see a lot of good-looking girls taking the stage for themselves.

The series has two seasons one is all about boobs on display and the other has some story to put the show on track so there is something for everyone to watch. The show has 25 episodes that it put up in 2 years.

Reasons to watch this show include the evidence that 94 percent of people on Google rated the show and showered it with praise and IMDB rating shows a similar story.

The show also is suitable for adult watching with the main women on the show boasting of some serious eye-grabbing looks.

The show also got 1 episode each season as an original video animation episode which takes the total count of episodes to 27. 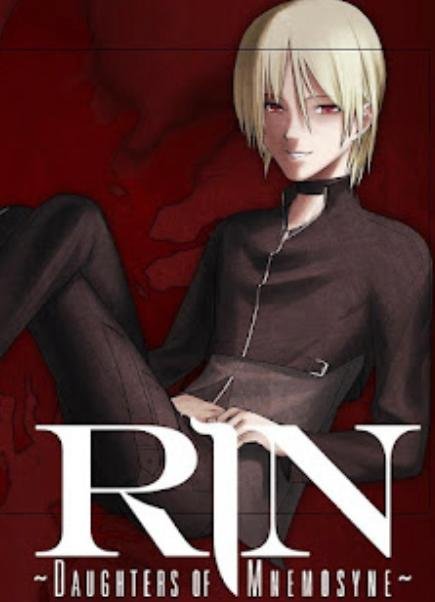 3rd February 2008 was when the first of six episodes of this hit show aired. Claimed to be an action, science fiction, and supernatural genre series this series went ahead and raked in great ratings.

The show's main hero can be said to be a tree that grants powers to the consumer where the male becomes a winged angel and the woman becomes immortal after eating the fruit from this tree.

The lead character of the show runs a private investigative agency and this agency gets her into a lot of trouble time and again but we don't mind as we get 6 episodes worth our while.

The show also has a lot of beauty on display and that is one reason why we suggest you watch this show as soon as possible.

Some blood and some lovemaking make the show an even more interesting aspect.

Quite a list this has been and making this one has been tough. Uncensored anime are the new craze and its growing popularity is here to stay.

Be it graphic scenes, nudity, overexposed skin, extreme violence, or pretty much anything that is not acceptable in movies and series is what you will get access to in these uncensored series.

It is understandable that all these series had a short running time span and were created in the early 2000s, however, today the series are becoming longer, bolder, and more eye-catching, and while this remains the case it is safe to say that the age of uncensored anime is almost upon us and we are not containing one bit about it.

In the past and present people have made mistakes when it comes to anime. Having long been considered to be children's stuff, anime has been largely ignored by adults barring a few people who have been called nerds or kid adults. However, the future seems to be more kind to these people who have been invested and long-time fans of anime as the anime scene shows promising signs of capturing more and more audiences with time.

What makes the anime even more attractive is censorship. With movies, censorship is always an issue and so is it with the anime movies/series but like a few movies that make it past the censorship with no cuts or minimum cuts, there are also animes that are uncensored. These uncensored anime have it all, nudity, graphic scenes, strong language, violence, and much more, and that makes it a bit more watchable for the adults and thus the increase in popularity.

To get the fans started on their anime journey here we come up with recommendations for some of the top uncensored anime that need to be on your watch list. The top anime series that you need to stream are some of the best shows handpicked by us which are not only full of violence but also have nudity and adult content along with graphic scenes and strong language. The shows that you need to watch as soon as possible are,