Fantasizing smokey hot women stripping and twerking on your lap and not being able to experience it while you crave, can be a headache to you.

Thankfully you do not have to go through such situations as incredible freemium sites like Chaturbate and MyFreeCams are always here to serve you.

However, now the confusion is, about which one can be called the best one. To your knowledge, both the sites are successfully acing their ‘crowdfunded’ stage and are highly popular among audiences.

Unlike those shady sites that had limited shows with fixed payment rates per minute, these two sites are giving something better.

However, since there are two Princes at one court the debate must go on. Which Prince is going to be the next crowned heir? Let's check it out in this article.

A comparison of Chaturbate and MyFreeCams:

Those who are die-hard fans of live cam and stuff, at least once or twice have heard the name of these two sites.

Due to the offering of mindblowing steamy content, brilliant live cam features, HD videos, and amazing 1:1 chat features, these two sites have gained immense popularity and a huge fanbase.

While MyFreeCams has been ruling the industry as a classic site for many years, Chaturbate has entered the scene quite late, yet has proved itself. 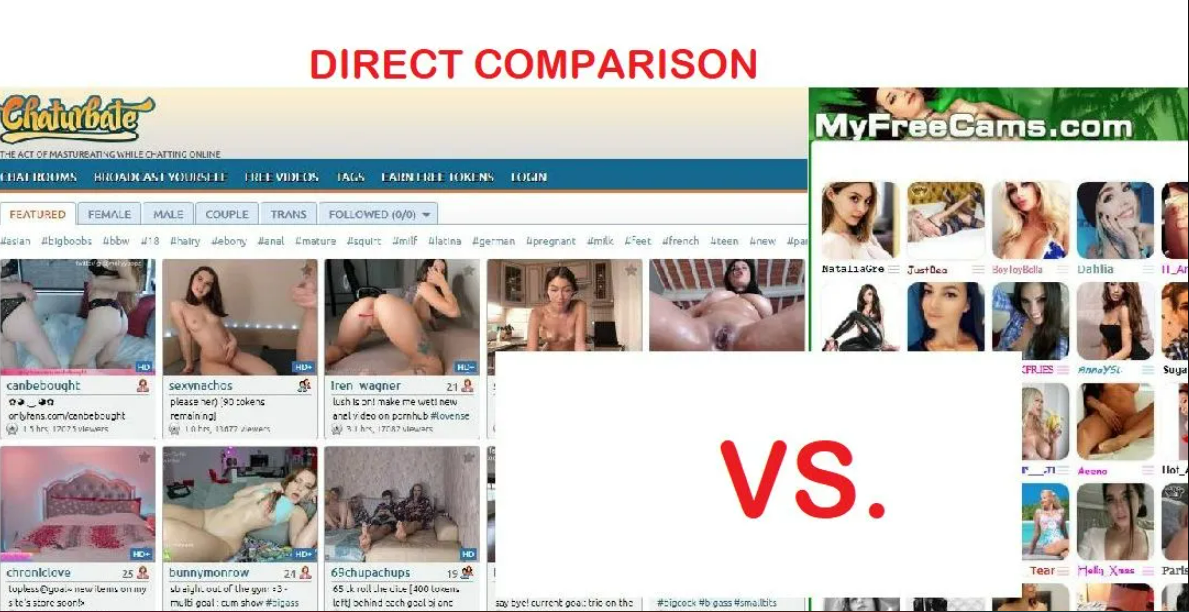 History comparison between the two sites:

You can never know enough about these two sites if you are missing out on their history of them. While both the names have become household favorites, these two have an interesting history that maps the journey of being nothing to the most famous ones.

Chaturbate, the sassiest cam site ever, started its journey the February of 2011 and continued the legacy forward with its amazing freemium service.

The site has made its roots stronger among a huge audience base and hiring models by advertising its free features. However, of course, the site is not completely free.

But the site really does have a huge viewer base among which if a smaller percentage of viewers agree to pay, the team can actually make a heap of income out of it.

Going freemium has helped Chaturbate to create a huge business, lucrative enough to get them one of the top five adult sites in the world. The site enjoys being one of the most visited ones with at least 350000+ registered cam models. Visitors can enjoy over 5000 online models every time. 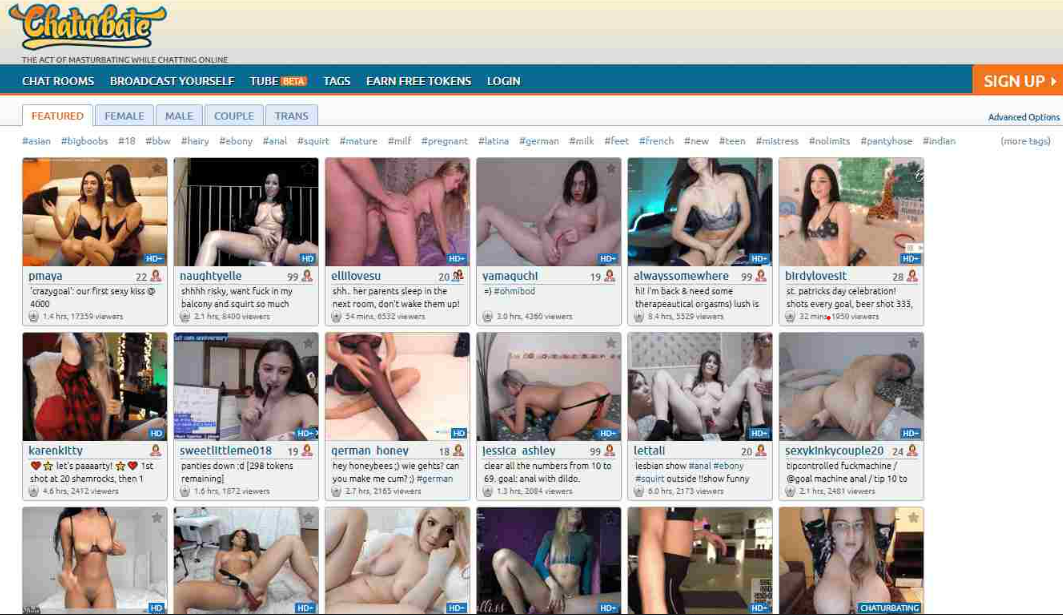 The registration of this site is owned by MultiMedia LLC. Even though there is not much public info available about the total earnings of the site, looking at its huge model base makes it quite clear that huge finances are related to it.

On the other hand, MyFreeCams too has quite a captivating history. The site started its glorious journey in March 2002. The site has caught the eyes of users by starting a free service offering. The most interesting fact is, that MFCs are the first ever site to come up with the freemium idea.

However, while going freemium had been a great idea to catch up with more viewers it was nothing much to the models.

However, the site started an approach to encourage the viewers to pay some tips to the performers which helped them to catch the attention of more models to join.

Soon the site made its place stronger. By 2010 MFC became one of the largest sites of its kind and gained 100000 models and 5M, members. In recent years, the site has gained 200000+ models and serves nearly 2500+ streaming at once. 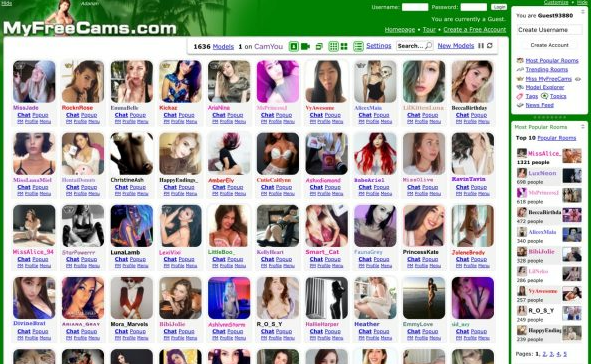 Sometimes, decision making can sound hectic without proper evidence. However, thankfully we have enough data or statistics which can make it easier for you to understand which site is currently ruling the industry. Hence, have a quick look at it.

While both the sites own captivating stats regarding themselves, Chaturbate is comparatively the winner here. With a 54 rank among the global sites and 5 ranking in the adult category, the site is reigning successfully.

Moreover, a massive audience base of 435 million is far higher than the 142 million viewers of MyFreeCams. A good page per visit with a 10.01 score makes the site a great one to be checked out.

The stats are quite clear of the fact that people are really liking the site which gives another reason to pick this one over MyFreeCam.

Feature comparison between Chaturbate and MyFreeCams:

Apart from the interesting stats, you need to know the features of these two steamy sites too. Check this out. 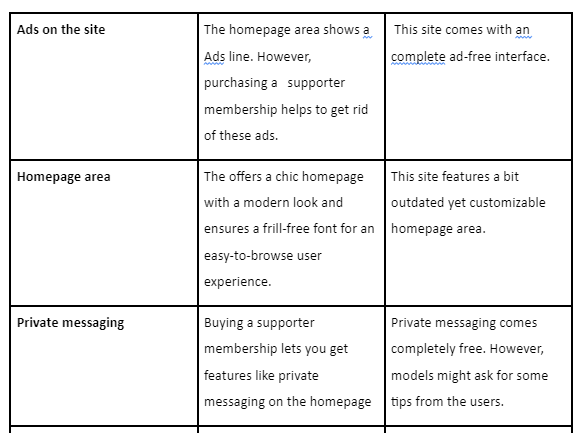 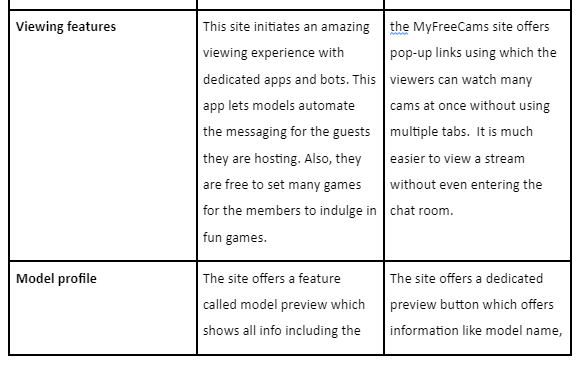 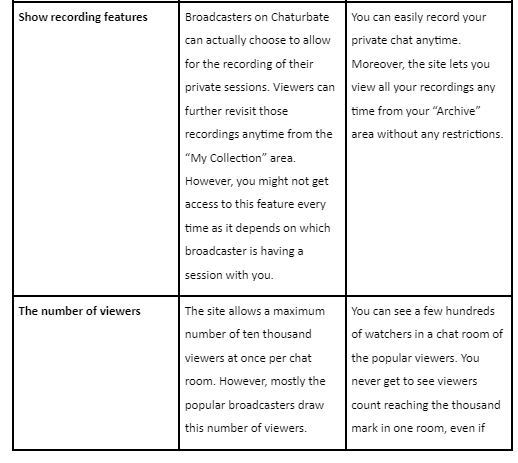 Awards comparison between the two sites:

The awards are the recognition of their hard work and quality services that tend to pay every time. Here are the awards won by these two sites. 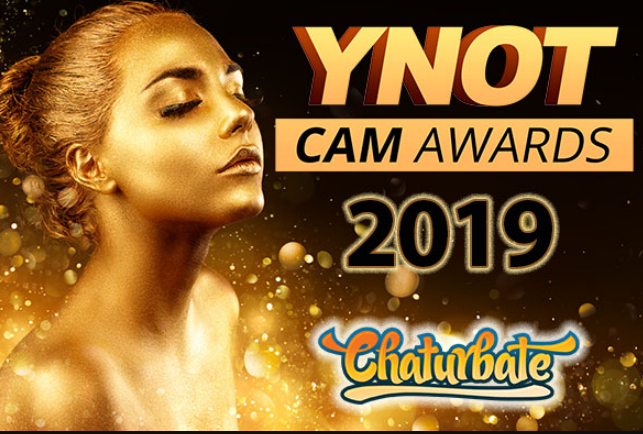 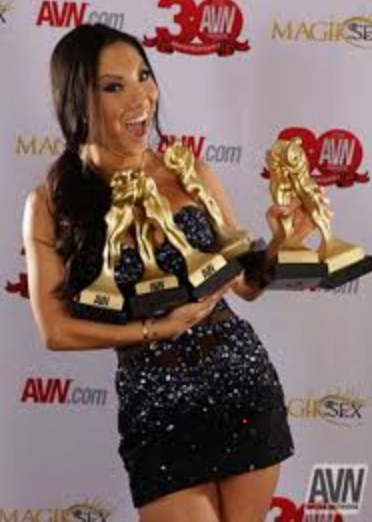 By bagging more awards, Chaturbate tends to be a winner here too. Chaturbate has earned a rich trophy cabinet by its content. Moreover, the site has successfully earned the most prestigious title called the “Live Cam Site of the Year” in 2018 by Live Cam Awards.

Apart from quantity, if you go by quality, MFC is running neck to neck with Chaturbate by owning the Live Cam Site of the year title for three consecutive times.

Best Value for Money comparison between the two:

Well, value for money is a big thing that should be discussed in order to understand which site is actually taking the trophy. It really feels bad when you pay for a session and the cam experience fails to meet your expectations. Don’t worry, we are here to save your back! 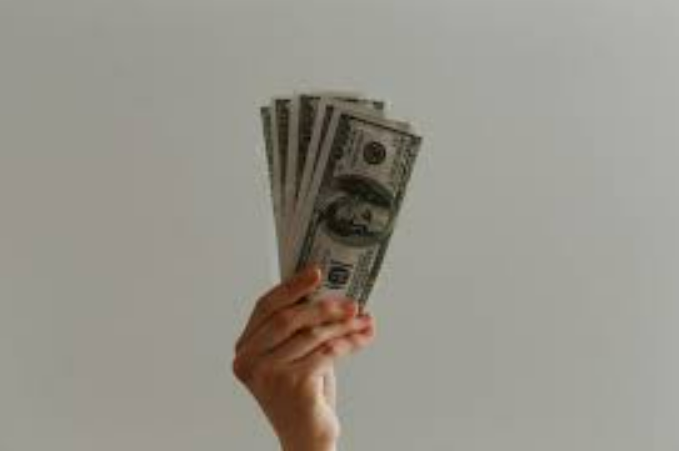 Value for a penny on Chaturbate:

This site is winning on a consecutive note till now. But is it really worth it? For a private show, Chaturbate charges you as per the rates set by the models. From 6 tokens to more than 90 tokens, they can charge you anything based on what they are bringing to the table.

Tipping charges also vary based on how much the models are ready for particular pricing. Chaturbate lets you have a premium membership for a month at $19.95. With a premium version, you can get many additional features with group chats and ad-free browsing.

There are even options to pay for joining the “Fan Club” to get a regular dose of updates from your favorite models.

Value for a penny on MyFreeCams:

Even though MyFreeCams endorses a free cam site experience, it is not truly free. You need to pay for a private 1:1 chat or to get the attention of a hot chic while joining a group.

A private chat on MyFreeCams costs 1 token/second which makes a ten-minutes show cost 600 tokens total. Each token on the site comes with a cost between $0.08-and $0.10.

A private show for ten-minute will cost you somewhere between $48-and $60. Besides, what a performer will do after coming live will cost you a varied amount prices.

Here is a price comparison between Chaturbate and MyFreeCams: 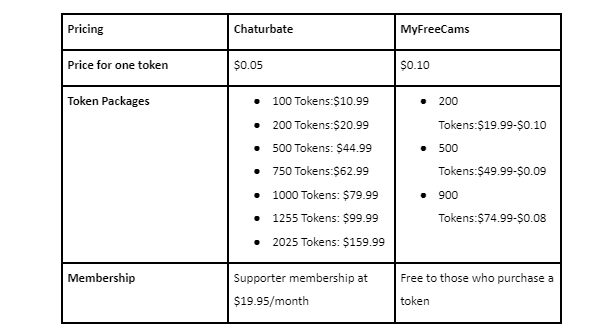 Even though Chaturbate outpasses MyFreeCams in many areas, in terms of pricing MFC is the winner. The site offers highly affordable pricing and better services at that price which pays off the value for the money you spend on the site.

Chaturbate or MyFreeCams; who’s the winner? The Final Decision!

It is really tough to point out which one is best, as both the sites offer each other a neck-to-neck competition. However, having a close look at multiple aspects can give you a better understanding of the best one.

If we talk about the huge user base, Chaturbate is far ahead of MFCs. With at least 435 million users the site is ruling over the world. With its freemium features and note-worthy performance, it has snatched the position by becoming one of the top 5 adult sites.
Chaturbate is also a reigning king in terms of a great in-app experience.

The site has a highly responsive interface that features a modern design and quick navigation facilities. On the other hand, MyFreeCams is still featuring a bit outdated theme which lacks the proper responsiveness.

In terms of streaming quality, you may not find a clear winner as both the sites are quite great at offering HD quality videos. Both the sites offer you a bunch of models who are ready to show some striptease, steamy activities or to have a quick chat with you.

When it comes to the features, Chaturbate is definitely having the most attractive ones, but in terms of flexibility, MyFreeCams tops the list.

Both of the sites are good at offering a bunch of interactive toys, fetish fun etc. From spy shows and true private shows to password-protected ones, both sites take care of offering you the ultimate fun you want. 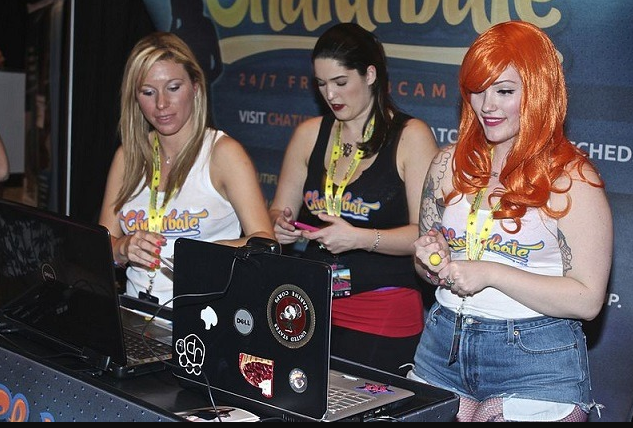 Besides, both Chaturbate and MyFreeCams have models from all over the world including Latin America, Asia, Africa, the USA, the UK, Canada etc.

Hence, enjoying the varied taste of fun is easier with both the cam sites. However, if you are looking for an all-gender-friendly site, then you can trust Chaturbate blindly.

The site features all men, women and trans models. On the other hand, MFCs are restricted to women only. In other words, Chaturbate is for all, while MyFreeCams drives a limited audience base.

In terms of pricing, MFCs offer brilliant flexibility and better value for money while Chaturbate is a bit pricey. However, if you are looking for a cam site that is capable of covering a diverse range of aspects inside one package then Chaturbate is the clear winner over the other one.

Now, you might be wondering what the best cam site is; Chaturbate or MyFreeCams! Well, the answer is quite simple. It depends on your use and choice.

Till now, you have come to learn that the best part of it is that both the sites have their own pros and cons and moreover, both sites have a bunch of models who are ready to show their big ass and tits to you.

However, one major difference that is noticeable is that MyFreeCams doesn’t have any male models. In this comparison, Chaturbate has slightly won the match but still, the ball is always in your court.