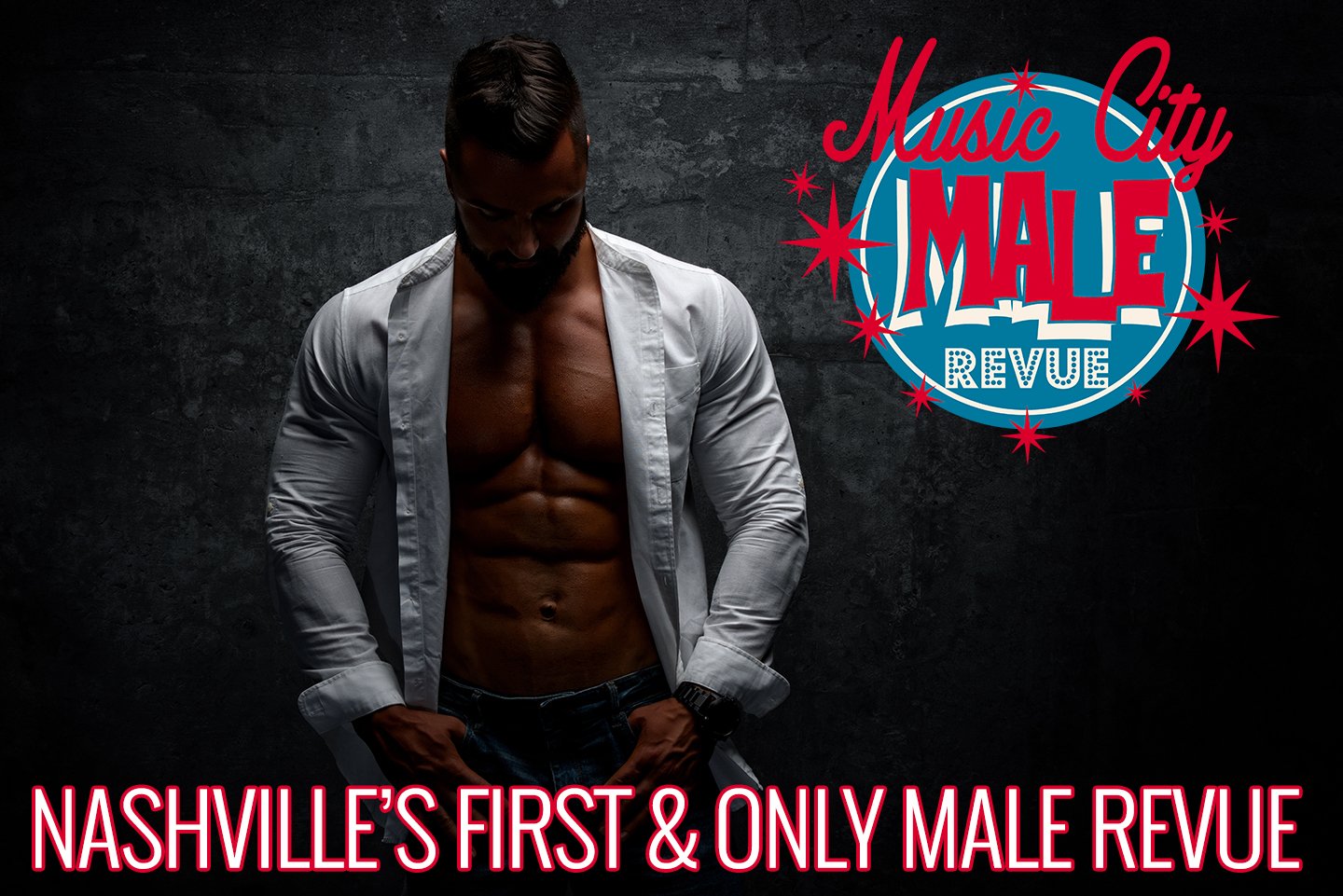 Strip clubs boast their history when it comes to America. Early burlesque theaters used to host a lot of striptease shows for their audiences back in the 90s.

Although one can find stories of these clubs dating back as many generations.

As of current strip clubs can be found in various parts of the world with everyone having variations of their own. Most of these strip clubs offer finesse, entertainment and have an unparalleled ability to turn fantasy into reality

After the grand opening in 1989, this strip club has been popular for its more than 40 beautiful performers who give mesmerizing performances every time they come on stage.

They have the seating capacity of around 200 patrons and most beautiful bartenders.

This club also provides private parking for the convenience of customers.

The club was built around 2006 and is gaining popularity since then for its talented entertainers and its fairly new BYOB service.

Crazy horse is one of the few clubs which has shower shows although sometimes they feature specials also, it is best to contact management before making plans.

They can accommodate 80-100 groups of people at one time.

Cabaret Royale with its long-standing motto “The right amount of wrong” is one of the most sophisticated clubs one can find in Nashville.

Located at a very appropriate place has helped this place generate revenue not only locally but also from tourists visiting Nashville.

They offer beautiful as well as sophisticated environments with their mesmerizing chandeliers to a good collection of alcohol. 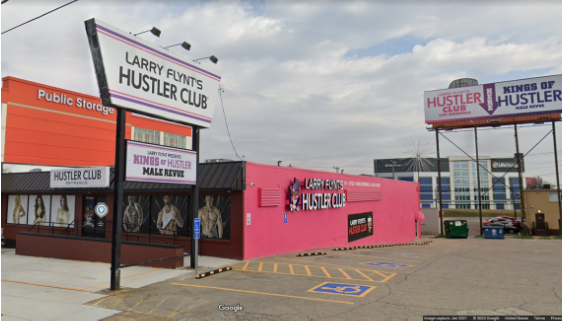 With a history of 50 years, the Hustler Club is one of the oldest clubs standing with a beautiful artist.

This club offers a varied range of exotic dancers and is a fully nude club with performers being male and female both.

With a coverage area of 22,000 square feet, Hustler Club can offer many services including VIP services.

Originally Hustler was a magazine published by Larry Flint who later opened many other adult entertainment establishments all across the United States. 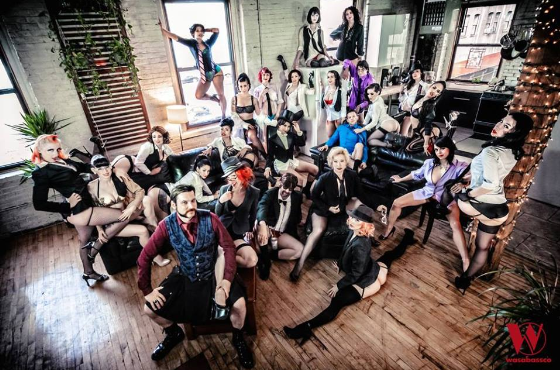 They perform various performances, among them “Contemporary striptease” which is quite popular and fascinating to watch.

The choreography of these performers is so beautiful and the artists perform them so brilliantly that audiences are left enthralled.

The only male revue in Nashville, they host a lot of unique and fascinating shows and are the most ideal location for any bachelorette party.

Although they have a limit of 75 guests and do not offer nudity. But their cowboy shows are most popular among ladies along with alcoholic drinks.

This male revue offers 90 minutes of exotic entertainment which includes fire spinning, and singing with a touch of abs to feast on for young ladies.

King of hustlers provides reality to your fantasy.

Once you enter this establishment, you will be greeted with sensual sound and beautiful mesmerizing light along with a group of young gentlemen coming right out of someone’s fantasy.

If you are planning a visit to these premises, try to look for special offers which they offer, one might find something one likes. 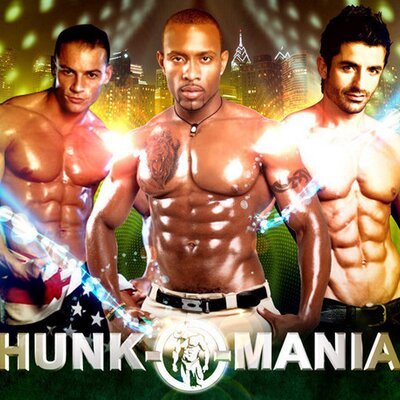 Hunk-o-mania offers a variety of well-versed dance routines of both male and female performers.

They offer a 2-hour performance which is full of adrenaline, dance, music, and most importantly fun and entertainment.

Walking into one of these performances will take you to a fantasy land. When visiting Nashville make sure to pay a visit to hunk-o-mania gentlemen.

As such, hunk-o-mania has a mandated 21+ policy with no exceptions. Make sure to have your ids with you when planning a visit to this place. 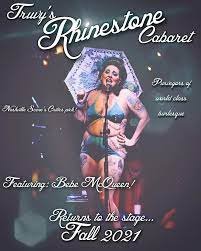 This club offers a wide range of choreographed unique, creative, and innovative performances along with extravagance and the spice of erotism.

This place is the perfect blend of old Burlesque tradition and modern exotic dances.

This is a place for both a date night with your partner or a bachelorette with your girlfriends.

The Rise in the popularity of Strip Clubs

This African custom of enticing husbands was later on adopted by many strip clubs across the globe and what we see today is a variation of the same. Although as of current, pole dance is not limited to a gentleman's club or enticing one’s husband. These days pole dancing is also part of the exercise that can be practiced in gyms and other fitness establishments. Not only this, many pole dancing competitions are arranged every year across the world with participants from every age.

Exotic dancing is not new to any of America’s audiences, if one looks very closely, one can find texts, stories, novels, and illustrations talking about these dances as far back as 400 years ago. For example, One can find writings about these exotic dancers in “The soldier's fortune” by Thomas Otway in 1681.

There are many occasions in America’s history where some of these events were recorded such as the onstage disrobing act performed by Charmion which later on was captured in the movie “Trapeze Disrobing Act” in 1901. Another noteworthy musical would be “The Night They Raided Minsky's.”This famous show has contributed to making strip tease popular as it is today.

A lot of strip clubs started with topless dancing or popularly known as go-go dancing around 1960. In 1972, the most popular dance which is currently seen in strip clubs was first introduced, this included a performer with a pole and an amazingly choreographed dance.

Many past performers are popular for their performances till now. Some noteworthy names would be Gypsy Rose Lee, Sally Rand, Charmion, and Mata Hari.

After the introduction of strip clubs in the United States, this country has seen a steady rise in the adult entertainment business. As per statistics of 2009, there are a total of 3000-4000 strip clubs operating in the country. Although one can never be certain which clubs are observing all the regulations and which are not. It is fair to say that strip clubs are quite an old tradition in the United States.

Be it a bachelor's party or an evening to unwind, in some cases just to watch a sports game with a beautiful companion. Whatever be the reasons, these clubs are quite popular among citizens of the United States.

Downtown, between third avenue and fourth avenue, we will find printer’s Alley which is between church street and Union street, this place is also known as the nightclub district. Around 1940, Plenty of nightclubs opened in this place, which saw performers like Waylon Jennings, Dottie West, and Chet Atkins giving memorable performances. Although during those times, alcohol consumption in establishments was prohibited, this does not stop the patrons from indulging themselves.

In the early 20s, the Alley was home to 10 print shops, 13 publishers as well as 2 large publishing houses which gave the name Printer’s Alley to this designated space. Due to its close connection to Fourth avenue, also popular as Men’s Qatar, this place saw a rise in nightclubs and slowly became the center of nightlife in Nashville.

The Nightlife in Nashville

Nightclubs in Nashville have a history of prominent figures visiting them. Such is the case with “The Rainbow Room” which has patrons such as former Spanish queen Victoria Eugenie of Battenberg, Swedish Crown Prince Gustaf Adolf, and Crown Princess Louise who later Louise becomes a queen. Although the initial owner of Rainbow, David Schulman, also known as Skull, was so popular and loved among the locals that the city council decided to make him the Mayor of Printer’s Alley.

As with modern times, there are a lot of changes happening in the adult entertainment business also. For example, now adult entertainment is not all about gentlemen, there are some nightclubs catering to the needs of women. Be it a bachelorette party or a retirement party, one can see women also enjoying brilliant performances of the exotic dancers. Some clubs offer couple services among many other services provided to them.

As far as marketing and advertisements go, there are many rules around advertising a strip club but then one can always see a banner or newspaper piece citing special offers or unique offers to gain more patrons and increase revenue.

A Complete Overview of the Strip Clubs in Nashville

Depending on the clothing style of the performers they can be classified into three prominent categories.

These performances need to be choreographed carefully to entice and make the performances as memorable as possible for the patrons. Performers are a great attraction to strip clubs.

The beginning of 2000 saw great development in movie scenes that talked about performers working in strip clubs. One such movie would be Magic mike where Mike being a veteran performer takes on a young and fairly new performer and makes him acquainted with the life of strippers which included making easy money and partying hard. Another such example would be “Dancing at the Blue Iguana'' which was released in 2000 and depicted the everyday life and struggles of artists working as strippers.

Many other noteworthy movies talk about the adult industry and the implication of being involved in the adult industry to a great extent. A few examples of it would be The Look of Love released in 2013, and Showgirls released in 1995. The latest of these movies would be P-Valley which shows a deep look into the lives of strippers working with dirty delta.

Depending upon the location and policy of clubs, some clubs even allow you to dance with the performers, in some clubs, the performers roam around the club chatting with patrons or simply enjoying a drink or two. At times these exotic dancers can also ask a patron to buy a drink.

In Today’s world strip clubs are very common across the globe with their exotic dancers and mesmerizing conversation among the most non-judgemental crowd. Strip clubs offer not only exotic imported alcohol but also cheerful conversation, beautiful performers and so much more.

Although it is fairly common to see a male strip club these days, it is rare to see male strippers doing rounds around the club after the show is over and in general, being their beautiful selves. Mostly we see female performers going around the club, making pleasant conversations, and so on. There are so many differences even in today’s time when it comes to male and female performers on any premises.

If you are around Nashville, try to visit one of the strip clubs to have a taste of adventure and beautiful company while being surrounded by a cheerful atmosphere and alcoholic beverages.

Apart from strip clubs, many revue performances are also something to see as they are quite enthralling and exciting to watch.

Currently, Nashville is home to many popular strip clubs with exotic dancers and mesmerizing performers. We are going to talk about a few of them here.

With the current trend of going online, many popular online chats and visuals businesses are growing roots in Nashville. Going digital has also found its benefits in the adult industry with pornographic magazines published by Larry who later on opened a strip club.

On a concluding note, it is wise to say Nashville offers a wide variety of adult entertainment for everyone be it localities or tourists. One can find strip shows, striptease shows, musical strip shows, and so many other varied performances. One needs to be conscious of what they are looking for on their visit to a strip club and accordingly, they can choose from a wide variety offered by Nashville. Lastly, we would add that one should always be accountable for their actions and be respectful towards every profession.