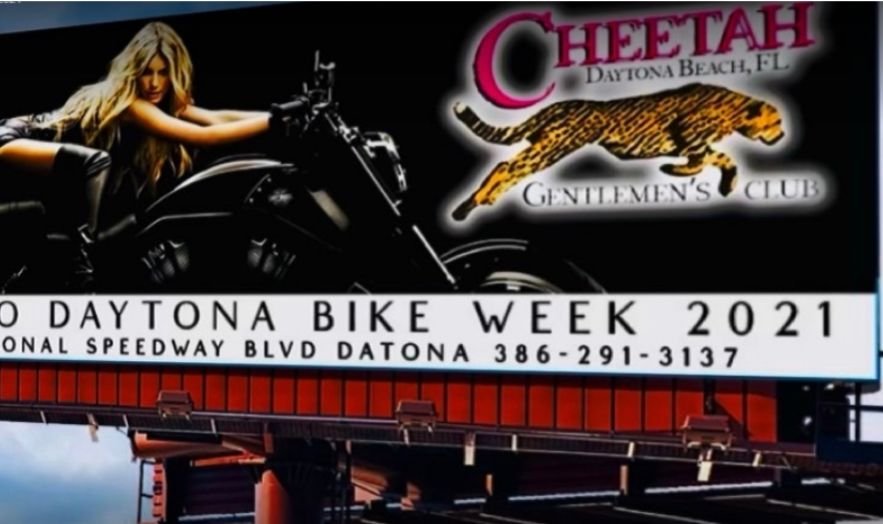 People who have grown up watching Hollywood movies have seen scenes about strip clubs at some point or the other.

Not only movies, but TV series have played a huge role in promoting the idea of strip clubs. Some iconic characters, like for example, Barney Stinson in How I Met Your Mother have fascinated a large part of the population into wanting to visit a strip club.

When we think of a strip club, we imagine a nightclub with people gulping alcohol like there is no tomorrow, people breaking the dance floor, hooting and screaming, and of course dancers. Recent times have seen a significant rise in the popularity of strip clubs.

Located in the heart of Daytona is a popular club and is one of the first choices of visitors. Grandview Live has several patrons due to the excellent services it offers.

As is in the name, Grandview offers live entertainment.

Apart from live performances, you can also enjoy an excellent lounge and bar along with a VIP-like treatment in Daytona Beach through Grandview’s Gentlemen’s Club.

Grandview consists of four bars, two stages, beer and specialty cocktails, full bottle services along with VIP seating so you can enjoy your experience of live shows as a celebrity. 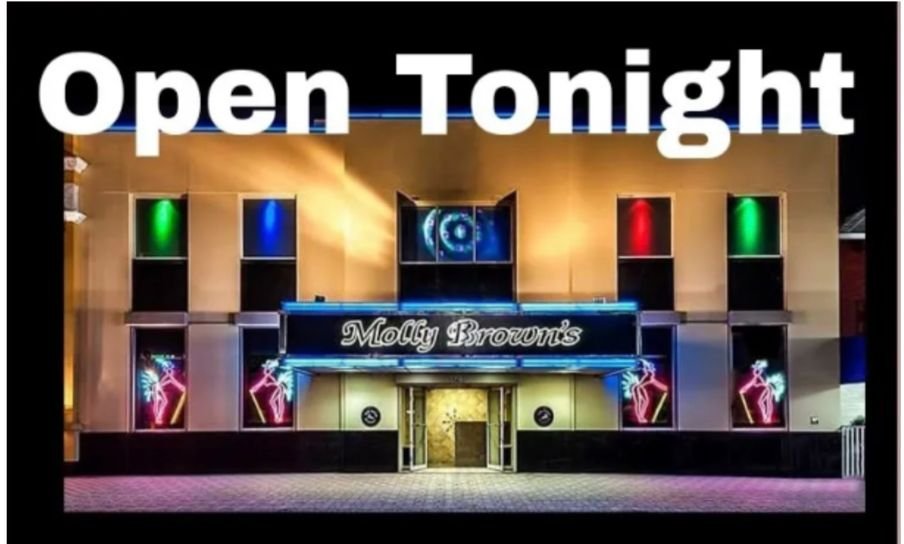 Molly Brown’s is a popular nightclub situated in Daytona Beach. It is one of the cleanest strip clubs located beachside.

They have a bar, serve liquor and their wine collection is quite recommended by the locals. Molly Brown’s is popular for its classy, elite ambiance.

Its DJ is one of the best available in the city.

Apart from amazing customer service inside the club, they also have a parking space making it convenient to park your vehicle 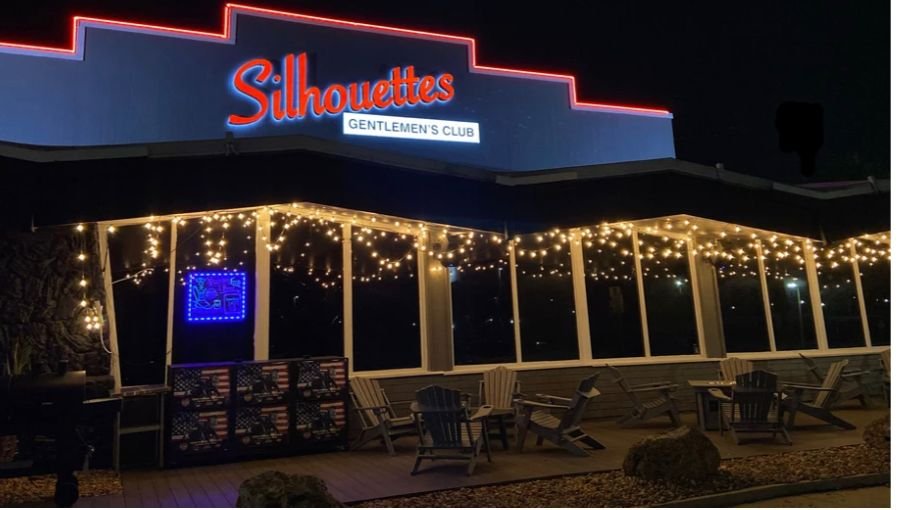 One of the premier strip clubs in Daytona Beach, Silhouettes offers a sophisticated atmosphere and a full bar.

Apart from the liquor, Silhouettes offers live entertainment for gentlemen who want to experience an entertaining and jovial dance and hookah.

Their hookahs are popular in the locality and if you happen to be here, it is recommended you try them. 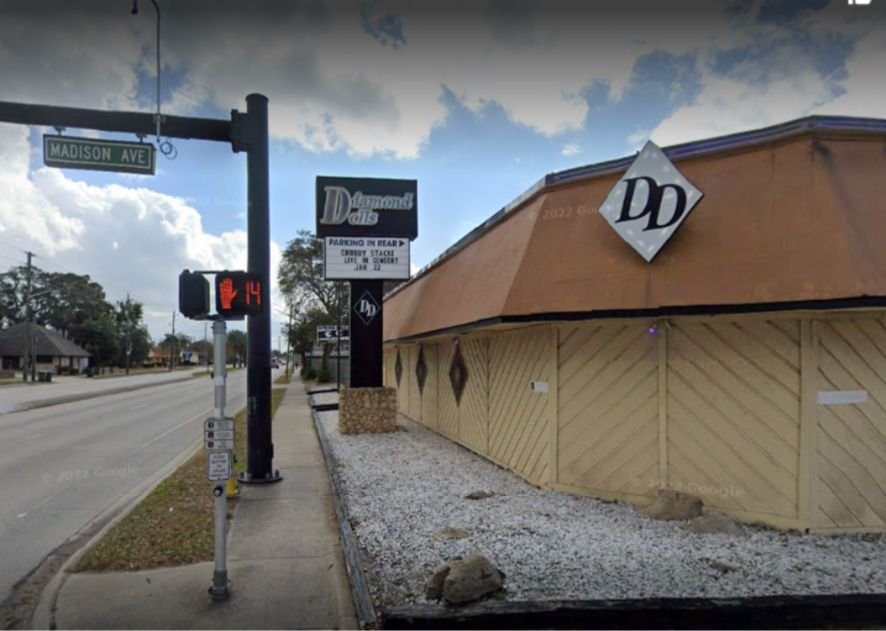 One of the most popular clubs in Daytona Beach, Diamond Dolls strives to treat its customers like Kings.

Apart from these, Diamond Dolls have a big stage and to make your strip club experience more memorable, you can also avail of a lap dance.

Diamond Dolls is open every day and also caters to orders for celebrations and Bachelor Parties.

One of the premier gentlemen’s clubs of Daytona, Cheetah Gentlemen’s club offers drinks, hookah, scrumptious food, along with live entertainment.

Their bars are open until 3 AM. If you fancy yourself a lap dance, you should visit this place.

Their entertainers are experienced, friendly, polite, and fun to be around.

The club also has an amazing DJ. The music is great here and the bartenders are really polite and friendly. 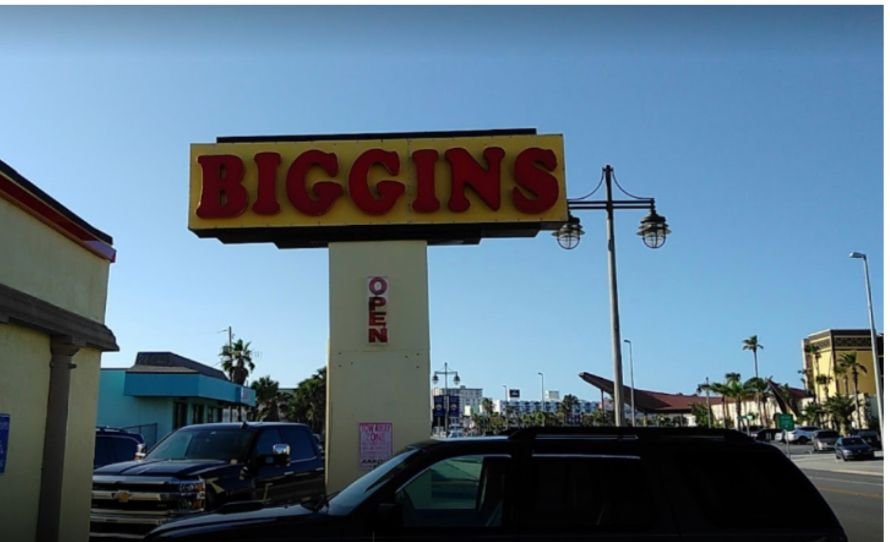 Biggins is the only topless strip club in Daytona Beach. They offer great music and their beautiful bartenders serve you liquor themselves.

The place offers dances and live performances for its audience and has a wonderful DJ who makes you want to shake a leg on the floor.

Biggins is a popular adult entertainment club and you should visit it if you are looking for a great club experience. 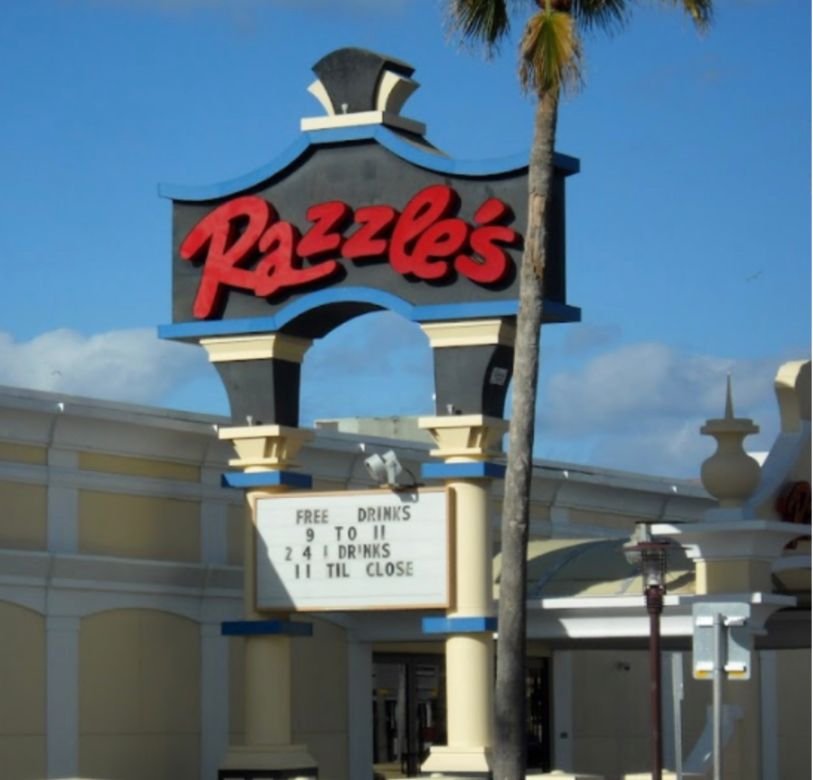 Razzle’s is a spacious and wonderful nightclub.

Considering music is a crucial part of a nightclub, Razzle’s uses an excellent quality heavy-duty sound system to enhance your music experience.

They have complimented their sound system with a huge dance floor that lets you groove on its music till your legs hurt.

Razzle’s also does light shows and has a VIP lounge for fun and an undisturbed evening.

They offer happy hour drinks, dancing, and excellent cocktails, and they have a wide collection of beers to choose from. 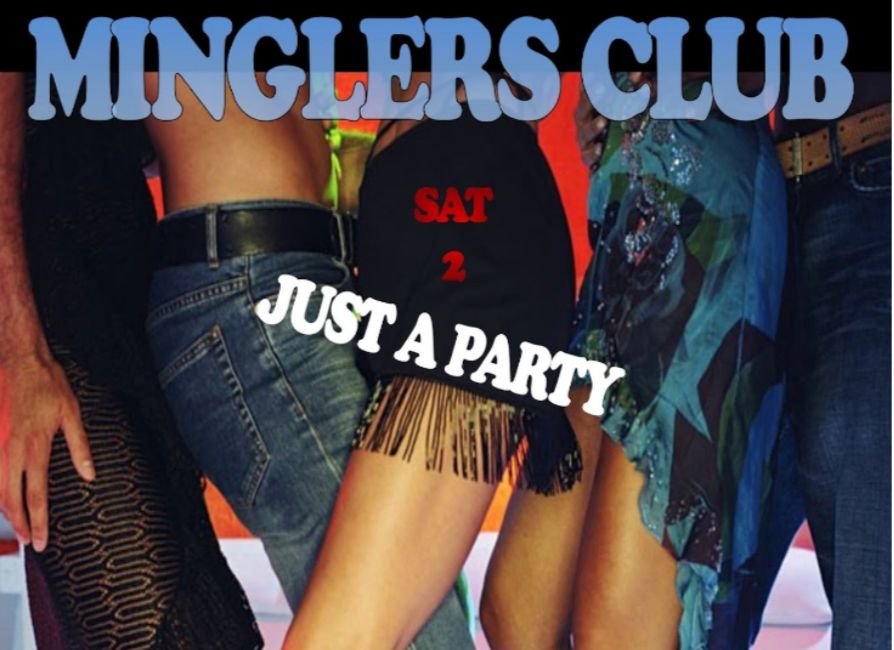 Another popular choice of the locals as well as the tourists for a fun night out is the Minglers Social Club.

Minglers is an “adult members only” club that provides its customers with unforgettable. As the name suggests, the club intends to help adults mingle with each other for a carefree and fun experience.

Minglers promotes a modern-day private lifestyle club that offers a spacious area for people to sit and meet others, it also has a huge upscale dance floor with a great sound system that helps make your experience better.

Minglers promotes and motivates its members to flaunt their appealing and attractive attitudes and attires. It is an appropriate place for couples as well as singles. 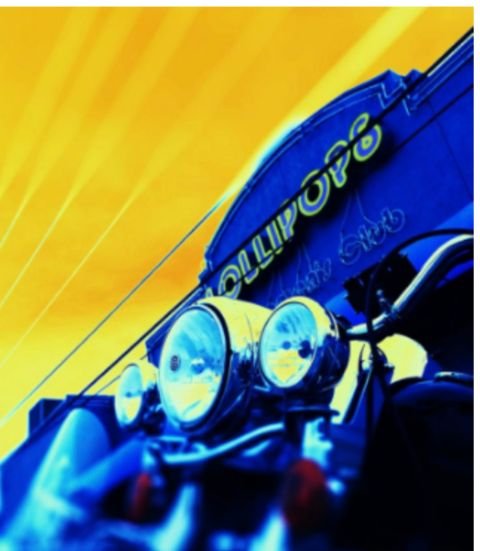 Lollipops is one of the better topless clubs available in the area and offers cool music along with great liquor.

If you want to spend some time in the area drinking cocktails and enjoying some adult entertainment and dance, Lollipops would be a good choice. 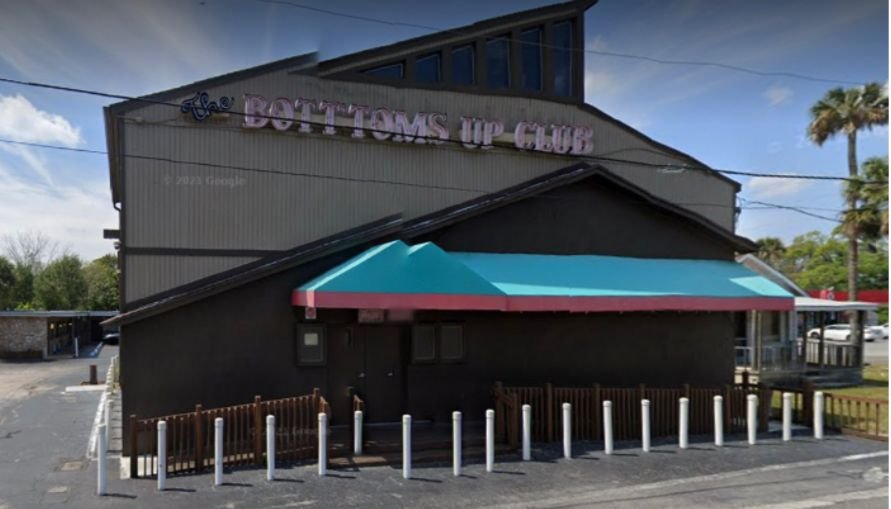 Close to Daytona beach is an excellent club named The Bottom’s Up Club. Bottom’s up is an excellent place for adult entertainment and is appropriate for couples, singles, and groups as well.

Their happy hours are from 3 to 7. They have VIP rooms.

At Bottom’s Up you can expect to find beautiful girls, a full liquor bar, chilled beer, and good quality champagne as well 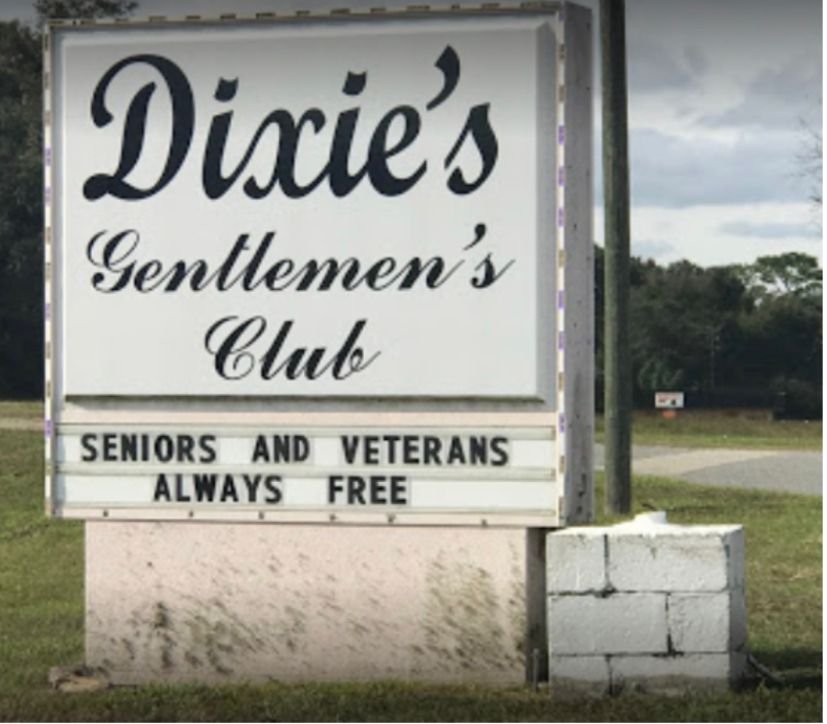 Yet another well-known club. Dixie’s is a popular bikini club. If you want to be served by women and are up for a drink while you are in the area, Dixie’s is a great choice.

It is one of the most preferred choices for locals and tourists due to its friendly staff and great experience.

To ensure the privacy and security of children, Dixie allows people above 18 to enter and have a gala time.

A three-hour drive from Daytona Beach, the Gold Rush Cabaret is bound to give you an excellent mix of nightlife and cabaret performers.

Gold Rush is a full liquor and nude cabaret and enhances the experience with an excellent sound system, flat screens, and great music. The Gold Rush also provides complimentary Wi-Fi 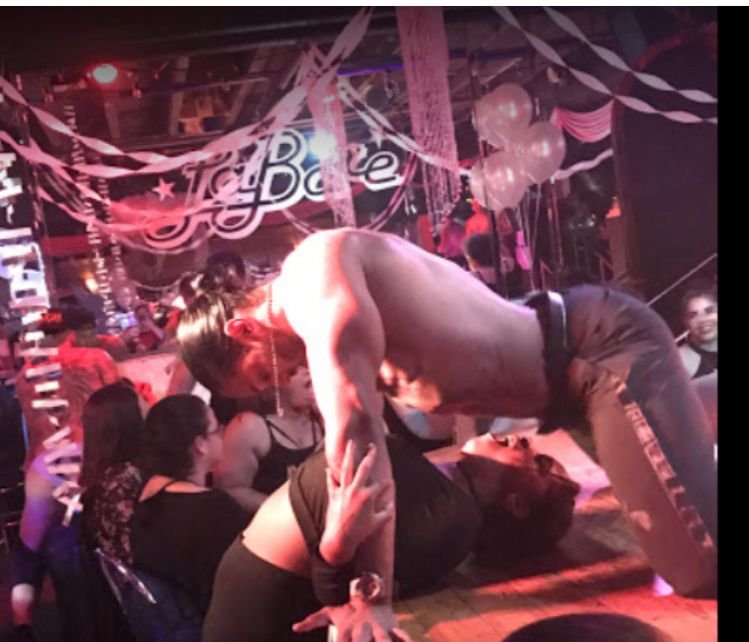 LaBare happens to be a favorite for the ladies since it’s a male strip club. This is a high-end male strip club where you can feast your eyes on men dancing for you at least five nights a week.

Taking the bar higher for cabaret performances, Bella Cabarets is one of the most distinguished and popular places to be.

Featuring friendly staff members who serve top-shelf libations, beautiful girls who are bound to entrench you with their beauty and performances, and special VIP rooms designed keeping your pleasure and performance in mind, Bellas Cabaret is one of the strip clubs in Miami

Pink Pony is a gentlemen’s club offering strip performances, live entertainment, liquor, and great music along with great food. It is one of the premier clubs present in Miami that you should not miss.

Pink Pony strives to offer the best experience to its guests with a full liquor bar, private lounges, and VIP rooms.

You can join them during happy hours from 8-22 through Mondays to Fridays. Pink Pony is an above 21 club and therefore ensures the crowd is mature and provides experiences designed for the age group.

Here are some of the strip clubs you must check out if you happen to be in Florida. Strip Clubs are adult entertainment places and though charged with liquor and lap dances as well as striptease performances, it is expected of the customers and audience to be respectful of the employees. If you are looking to have a good time then be sure to visit some of the strip clubs listed above.

While strip clubs exist solely to provide entertainment to their guests, please ensure not to misbehave with the performers. It is important to feel accountable while making memories.

We are sure that our recommended strip clubs will offer you excellent experiences and make your trip memorable. The strip clubs provide professional services as per the need and requirement of independent customers. Therefore, if you are around the Daytona beach area then be sure to visit some of these premium strip clubs.

A strip club is a club, usually more alive at night, that offers striptease performances among several other services. A strip club has a dance floor, light shows, and disco jockeys, who control the music which is an essential part of a nightclub.

The stripper might striptease in front of her audience or be in her performance attire from the start.

Strip clubs are common in the West. The United States of America has several strip clubs. Some American cities are known around the world for their world-famous strip clubs.

There are several kinds of people who visit a strip club. While the locals can visit these clubs anytime, tourists usually belong to the college-student category. Strip clubs are on the bucket list of most adults while teenagers also dream of visiting strip clubs as well.

A strip club fascinates people for several reasons. Strip clubs are not common in every country. Strip clubs are a common occurrence in cities and countries that hold tourism as a large part of their income plus have an adventurous nightlife to offer.

Cities like London and Paris offer strip clubs too but countries like Thailand in Asia are more popular for their nightlife. The USA is exclusively well known for its world-class strip clubs. American cities like Las Vegas, Nevada, Daytona Beach in Florida, etc. are known for their casinos and strip clubs.

Due to their carefree environment, and non-judgmental crowd, strip clubs are becoming a great choice for Bachelor trips and parties for men wanting to have one last night of carelessness fooling around before their weddings.

Strip clubs are so popular in American culture that Bachelor’s trips and Bachelor’s parties are considered incomplete without the presence of strippers.

The women have decided not to stay behind and join the wagon like their male counterparts. Though traditionally associated mostly with women, there are male strip clubs too where the target market is females.

Earlier when we thought of a strip club, we could only imagine men enjoying a striptease show and dancing with women. However, things have changed now. Male strippers are extremely common in the USA now and like men, women also do not shy away from shaking one last leg at the club.

There are several strip clubs around the United States. Cities like Miami, Florida, Las Vegas, Nevada, Dallas, Texas, etc. have some of the best strip clubs.

If you are visiting Daytona Beach in Florida and fancy yourself a dance at a strip club, here are the best strip clubs in Daytona Beach, Florida that you can visit and enjoy.